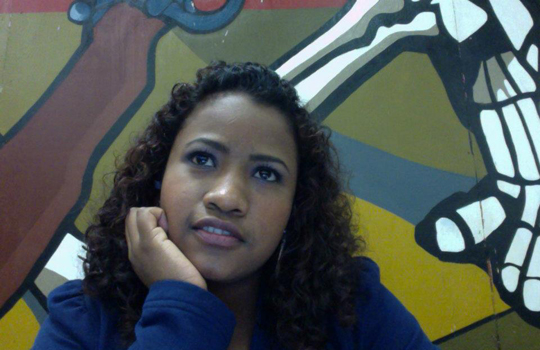 The Nicholas Academic Centers were created to fill a need in the community; when students at a Santa Ana High School studied on the sidewalks after school or not at all because they had no place else to go, Superior Court Judge Jack Mandel stepped in and persuaded the school district to keep the library open, where he tutored and mentored students over a number of years. With financial backing from Dr. Henry T. Nicholas, III, the first NAC opened in 2008. Engrained in the NAC philosophy is the idea that giving back to the community is not just a good thing to do; it is necessary. This idea is not lost on NAC students.
Recently, NAC Class of 2010 alum, Favie Silva, decided to set an example for a younger cousin by organizing a community clean up effort: “I started this project because of my cousin, Ariel. I walk him to school every morning, and one particular morning, he said to me, ‘Hey, Favie; look, those kids over there dropped trash on the sidewalk. Why didn’t they put it in the trash cans?’” Favie didn’t know how to answer, and she was moved when her cousin spoke again: “Well, this place is a trash can because there’s trash everywhere.” She thought to herself, “He’s right.”
It wasn’t long before Favie decided to take it upon herself to clean up the streets, and her cousin, Ariel, pledged to help her. Favie has talked to community representatives and is looking for others to join in the effort: “I want my community to get together and clean because I feel it is necessary that we, as a community, help each other and do things like this that will teach the younger generation the importance of keeping our community clean, always.” She continues, “My ultimate goal is to motivate young kids and others to do projects like this to bring the community together.”
In addition to the community service effort, Favie is taking a full load at Santa Ana College (Education 100, English, Biology 109 Lab, Political Science 101, and Math), and she volunteers a Kid Works in Santa Ana, tutoring Kindergarten students. She hopes to one day teach kindergarteners and make sure “they know education is the key to a better future.”
People interested in joining Favie can reach her at faviesilva@yahoo.com, or on Facebook.
Apr 02adminNo Comments